Together with my classmate Sergei, we have built a small loudspeaker from electret microphone and a TI MSP430 microcontroller. The signal from microphone was sent to the A-class common emitter pre-amplifier with a fixed gain. Amplified input signal is sent into 10-bit ADC, and converted to 64 kHz 8-bit width-modulated pulses.

From the basics of PWM modulation, the integrating chain is used to reconstruct the signal. Instead of that we have used the LM741 operational amplifier to escalate the signal for the loudspeaker. The trick is that stall time of LM741 is long enough to integrate PWM, reconstructing the initial waveform. 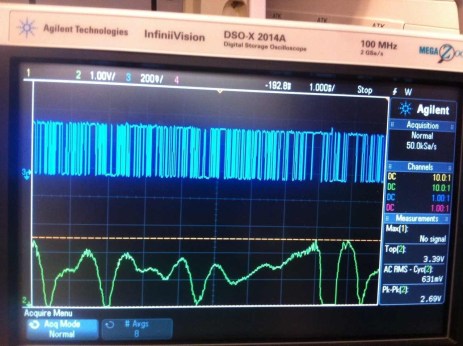 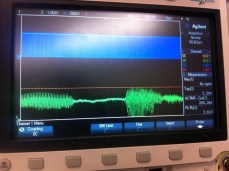 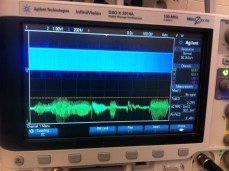