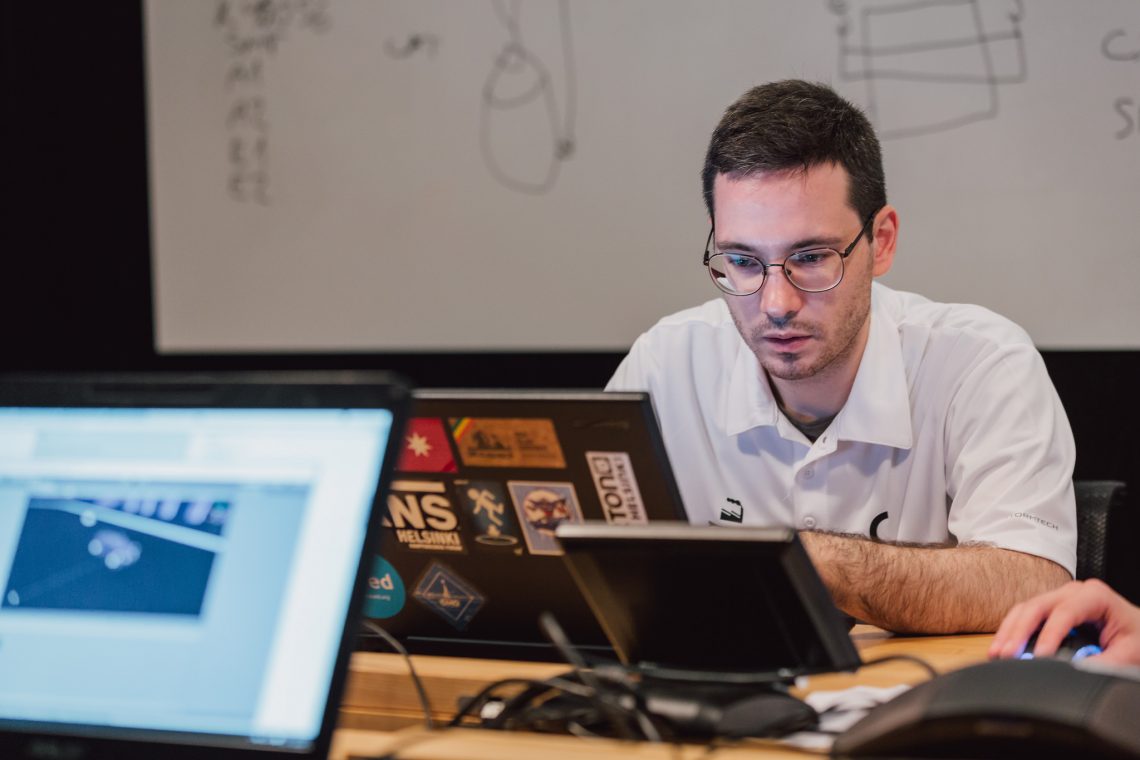 How To Lose At Hackathon

A while ago I went to a so-called hardware hackathon, hosted by Konecranes and Industryhack team. About a year and a half have passed, but I remember that event like it all happened last week. Although the tight stream of information that went through me is nearly undescribable, there are some time-distilled lessons I want to share here.

The topic was to improve the crane maintenance. And the scope was industrial, heavy duty cranes. Meaning those huge ones found at ports and production plants. Apparently these need systematic maintenance, and this complex process (surprise surprise) closely relates to the very revenue stream of both companies involved. This is pretty much all for the technical details of this post. Everything else relates to the hackathon madness. 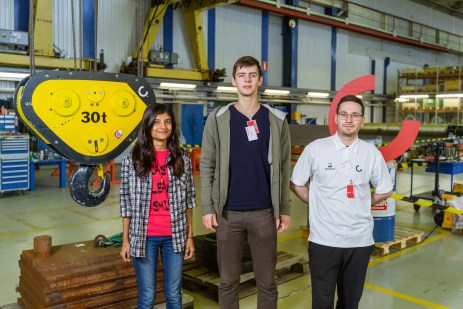 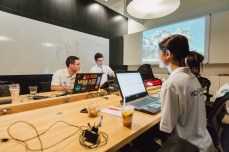 We occupied a conference room on weekend (Photo by Inudstryhack) 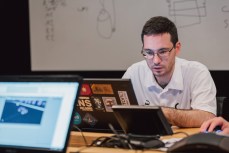 Invent Your Own Wheels

Hardware hackathon. While latter being almost a buzzword, the hardware part is quite interesting. Maybe a bit too much interesting for a hardware engineer, who would actually love to crack PCBs open and tap right into the low-level signaling. This is exactly what I thought this would be, and it took a while before I noticed that we were not expected to hold soldering irons in our hands.

APIs were provided to us, meaning API for almost everything they had. All the analog and digital electronics were taken care of, way before the event. Some parts that were not connected to the internet, were in the end connected there, with the help of their partner, TreLab. And this partner’s website explains 150% of ideas that I had in mind when I was applying to this hackathon. Was I living under a rock or something? No, I was just a hardware guy looking for trouble. Can’t say the same about my teammates, Sergei and Maimuna. They were quite seasoned compared to me, but still sharing the same pressure.

Get On The Power Train

Pressure and appraisal at the same time can be quite dangerous. Thanks to the organizers, the Industryhack team, everything we needed was provided to us. From little snacks, up to the hotel room in the evening. At this state, one might realize that something is expected in return: ideas of ours. And of course, every tiny bit of idea that we proposed at the meetings, was amplified by very very encouraging feedback from Konecranes people. Really, with professionals telling that products of your thought can be very useful and good, it felt like we are going to win just like that.

Coffee and energy drinks were unlimited, should I say anything more? Through the barrage of taurine-induced heart attacks, the only sane thought was the mission. The target to make something that will prove our concept was right in front of our faces. Needless to say, nothing worked as it was expected to, and haste took over the productivity. Things started to get ultra depressing when we ended up in the hotel with laptops a night before the final pitching, still trying to put the stuff together. Did we overdo it? Yeah, quite much actually. Other teams were not like that. Some even found time to party at the club.

Comparison gives value to everything. In order to win at least something, we were trying to differentiate from others as much as possible. And we failed. Yes, there was some feature creep involved, but more than that, we tried to solve the problem in a way that was not expected from us. And there is one of the most important lessons.

This hackathon was not about making fundamental breakthroughs in data analysis or human-machine interactions. In hindsight, all there was is making a connection between already established technologies in an elegant manner. Obviously, there were teams who did just that. And such type of solution won the prize. And the second prize too. Third prize went to a deeply developed concept, but still a straightforward one.

Therefore, the prize is neither proportional to the effort on the solution, nor to the mindblowing factor. Mostly it is proportional to how well the team can understand the problem description, and does their prototype actually work.

I don’t remember sharing our idea outside the review meetings. I don’t remember meeting anyone except my team members either. Once we got a positive confirmation from Konecranes about our idea, we rushed to the target without going out of the room, except for snacks. This was a big mistake.

Keeping all of our development in a secret closed system did nothing good to our progress. Even though we brewed up some concept and solution to existing problems in the industry, we became detached from everything that was happening around us. It is surprising how one can be so closed up when placed next to a huge talent shuffle in the lobby. I wish there were more chances to interact with other teams, disregarding the competitive atmosphere.

Even if we did not make many friends at this digitalization party, all of us got a solid idea about how the real business is done on such scales of money and technology. I am very grateful to my teammates and Industryhack for hosting us, especially for training everyone how to pitch effectively. Cheers!

Top Gadget Of This Summer